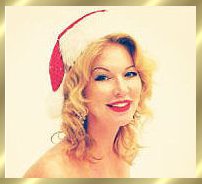 "Unquestionably, Cynthia's voice is one of the most striking and sparkling voices in the world of American Standards. It is an oasis of luxurious vocal beauty, magnetizing sensuality and warmth. This singer is the real thing!"
~Source cynthiabasinet.com 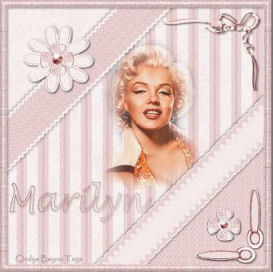 Marilyn Monroe, born Norma Jeane Mortenson (June 01, 1926 - August 05, 1962), was an iconic American actress, singer and model. She is one of the 20th century's most famous movie stars, sex symbols and pop icons. After acting in small roles for several years, she gradually became known for her comedic skills, sex appeal and screen presence, going on to become one of the most popular movie stars of the 1950s.

"Santa Baby" with worldwide radio play and millions of downloads, thought to be Marilyn Monroe, however never recorded by Marilyn, was originally sung and recorded in 1953 by Eartha Kitt, who died Christmas Day, 2008. The song was a huge hit for Kitt, and she later said that it was one of her favorite songs to record.