The great goat-headed, horned and winged beast towered over them all. Seated on a throne, with children gazing at him adoringly, as if waiting for his words of wisdom, Baphomet made his very long-awaited and controversial entrance. The message had been clear to the 700-strong attendees of the Baphomet statue’s unveiling at the Detroit chapter of The Satanic Temple back in 2015; triumph was at hand. The monumental bronze statue, dripping with symbolism, made it clear that the time of Satan had come.

With the growing influence of organizations like The Satanic Temple online and on social media, is Satan establishing a foothold over all that is good and holy? Or is something else going on? 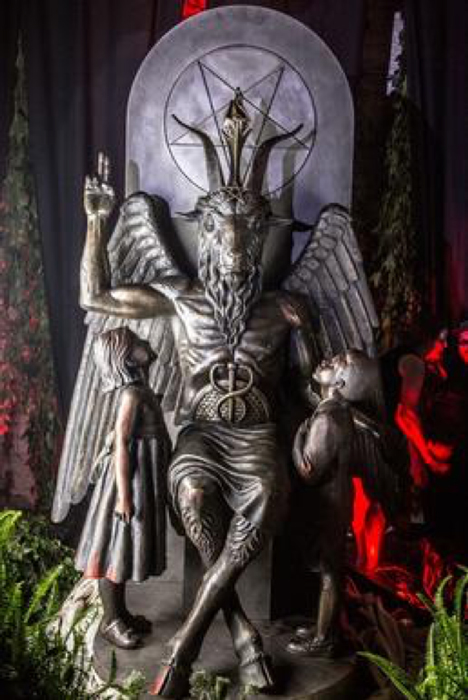 The Satanic Temple's "Baphomet" statue during its unveiling in Detroit in July of 2015 (photo taken by Matt Anderson). ( Fair Use )

The Road to Hell is Surprisingly Tidy

For The Satanic Temple , it was a good day. Their ever-growing organization had been networking online to crowdsource the funding of the 9-foot (2.7 m) tall bronze sculpture depicting Baphomet since 2014, and it had finally been completed and was nearly at its final destination: the lawn of the Oklahoma State Capitol building, to sit alongside the Ten Commandments Monument. It almost made it too, camped on a flatbed truck parked out front for several hours before being carted away.

The Satanic Temple’s next hurdle? Adopting. But not children: a highway. It was the aim of several of their chapters to be involved in the popular American ‘Adopt A Highway’ campaign to organize and fund cleanups of highways and roadsides across the states. Many might scratch their heads at this. What is up with a bunch of Satanists cleaning up the roads and doing good deeds for the community?

The answer may surprise you. 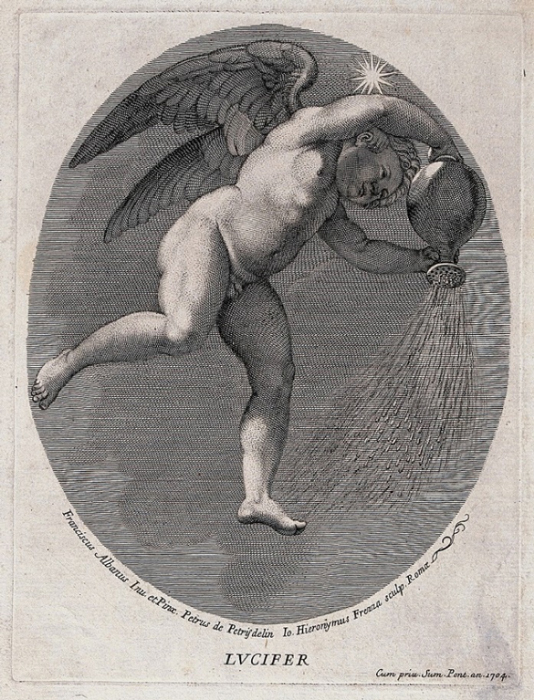 Lucifer (the morning star) was not always a horrible monster. Represented here as a winged child pouring light from a jar. Engraving by G.H. Frezza, 1704. (Wellcome Images/ CC BY 4.0 )

Most of us are familiar with the biblical character Satan— otherwise known as the Prince of Darkness, Beelzebub, Mephistopheles, the Devil, the Antichrist, or Lucifer. He has had many forms and duties in various ancient religions, but the most well-known calling today is being the embodiment of evil in Christianity and Judaism. 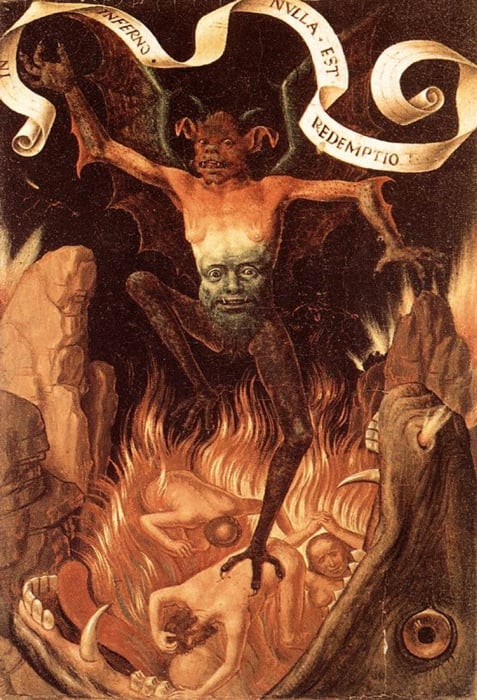 Painting of a demon in a form commonly attributed to Satan today. T riptych of Earthly Vanity and Divine Salvation, 1485. ( Public Domain )

It’s commonly believed that the Devil appeared first in the gospels as the serpent who convinced Eve, and indirectly Adam, to eat the forbidden fruit from the ‘ tree of knowledge’ in the Garden of Eden . (Even snakes suffered under this deal; they gained a bad rap when they had in previous eras enjoyed mythical roles of wisdom keeper, fertility bringer, and healer). 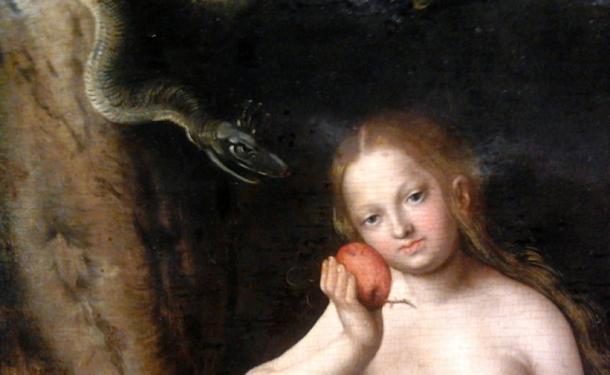 Eve is tempted by the serpent to eat the forbidden fruit. Lucas Cranach the Elder, circa 1508. ( Public Domain )

Satan is also associated with a beautiful and powerful angel named Lucifer from the King James version of the Bible. Lucifer acted as a sort of ‘Special Agent’ for God, delivering adversity and faith challenges to mortals – that is, until he famously challenged God, lost, and fell from heaven. Some biblical scholars assert that Lucifer (in Latin, “Light-Bringing”), wasn’t intended to be a name, but a description of ‘morning star’.

Ba’al with Thunderbolt or the Ba’al stele. ( Public Domain )

Satan’s roots go much deeper than the Bible. Ancient religions speak of a “morning star” figure who fell from the heavens, usually to the despair of mankind. For example, in Canaanite myth, the god Attar was portrayed as a morning star. He wanted the throne of Lord Ba’al, but when he wasn’t able to get it, he descended from the sky and ruled the underworld. In the Hebrew Bible, the Philistine deity Ba’al was decried as a false god and eventually was cast as the Beelzebub we know today in demonology .

Either way, Lucifer is understood in Christianity today as the embodiment of evil in a battle with God over mortal souls. So how is it now that his followers like those of The Satanic Temple are adopting highways and launching campaigns like the “Protect Children Project” to save kids from abusive situations? What has become of Satanism?

The Devil is in the Details

When it comes to religions, Satanism is somewhat of a ‘new kid on the block’.

Historical cults of Satan have been documented in North American and Europe dating back to the 17th century but their roots or even their true beliefs or practices are not well established. This is due to the fact that Christianity threw such accusations around quite a bit, demonizing (sometimes repressing, torturing, or killing) heretics as evil-doers or Satan-worshippers, including Pagans, Gnostics, Wiccans, ‘ witches’, the mentally ill, the physically disabled, outcasts, and other nonconformists.

TIME.com writes of those who confessed to devil worship:

“Some of the confessions [in the Inquisition age] must have been sheer defiance: faced with a ruling establishment that was sanctified by the church, a resentful peasantry followed the only image of rebellion they knew—Satan. The satanic messiah became especially appealing in times of despair, such as the era of the plague known as the Black Death. Real or imagined, the pact with the Devil may have been the last bad hope for safety in a world fallen out of joint.” 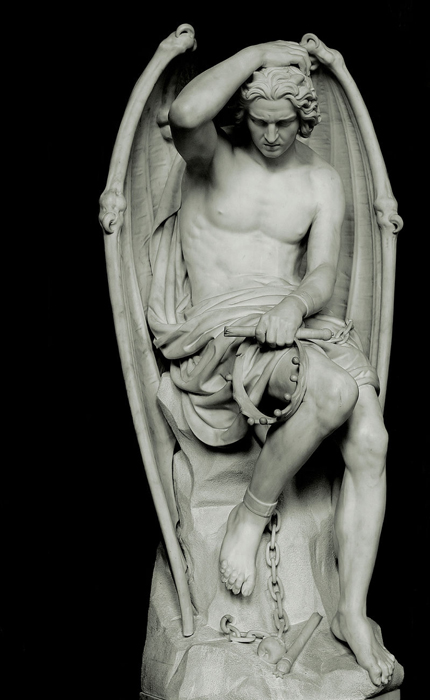 The Genius of Evil, known informally in English as Lucifer or The Lucifer of Liège. (Luc Viatour /Lucnix.be/ CC BY-SA 3.0 )

It was as recently as 1966 when Anton LaVey founded the first official, organized Church of Satan in America. LaVey was an author (writing The Satanic Bible , the central religious texts of the church) and who was described by historians and anthropologists as “a colorful figure” and “a showman”. LaVey exceeded expectations, bringing the theatrics and devilish-looking persona one would associate with stagecraft Satanism, employing the imagery and symbols of ‘evil’. But while the US-based Church of Satan was shocking and controversial by its very existence, the reality was less fire and brimstone. The Church was, and remains, dedicated to LaVeyan Satanism, but here’s the twist: they DO NOT BELIEVE IN THE DEVIL.  Members are largely ‘skeptical atheists’ who use the word Satan as “the adversary” – a positive archetype who defies what they believe to be hypocritical and controlling Abrahamic religions and who embraces pride, individualism, and enlightenment; all in drapey black robes. 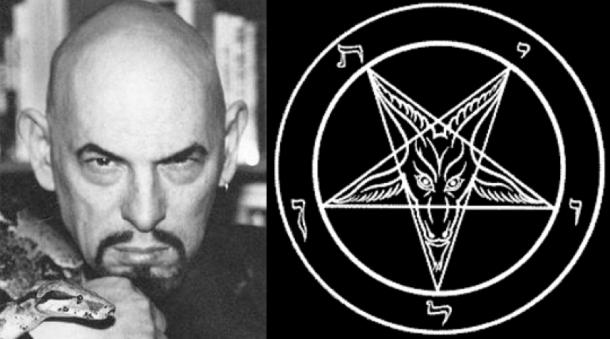 Pranks and Political Satanism - The Satanic Temple and Social Media

This is where the actions of The Satanic Temple (and its many official and unofficial chapters) start to become clearer.

‘The Satanic Temple’ sounds like evildoers for sure – and their giant, unnerving Baphomet statue and satanic paraphernalia doesn’t help their case – but in reality, they have a looser relationship with el diablo than you’d assume. Like the Church of Satan, The Satanic Temple is not theistic. They do not literally worship Satan; in fact, they do not worship any supernatural being. They’re atheists with core beliefs of respect for science and intellectual inquiry. They’re described by investigative reporter Anna Merlan as pranksters and political activists; A “merry band that engages in high-concept legal trolling; in the United States, they often sue both state and federal government agencies over reproductive rights and religious freedom issues.”

Their reported aim with the Baphomet statue was to challenge what they see as a violation of the separation of Church and State in America. In public or government places where religious symbols are permitted (such as the Christian Ten Commandments monument at the Oklahoma State Capitol building), The Satanic Temple asks permission to display Baphomet, the goat-headed idol, in the interest of balance, and to highlight what they decry as state-supported religion.

Their ‘Adopt a Highway’ plan was a public relations bid to increase exposure of their organization with road signs telling of their community work at least – and at best to keep the roadways clean. Litter is EVERYBODY’S ancient adversary!

Social media is the place to be if you’re organizing political action and community outreach. And The Satanic Temple has leveraged this to their advantage, attracting global followers and establishing chapters in many different cities in North America. To date, they’ve got 90,000-plus Facebook followers, nearly 35,000 Instagram fans, and 32,000 Twitter supporters. Satan has never been more popular!

Is a Fall from Grace Coming?

For all of their growing online following, it may be that the emblems they’ve chosen, even if tongue-in-cheek, may energize their political or religious opponents and dog their recruitment numbers.

Elaine Pagels, professor of religion at Princeton University and author of The Origin of Satan told LiveScience.com that Satan has historically taken the blame (or credit) when communities split.

“Radical groups want a clean break between themselves and their enemies, and so they describe their enemies as Satan, as devils who will one day face God's wrath.’

So, while The Satanic Temple might be behaving like other organized groups; challenging norms, getting people to be politically active and raising awareness of social issues, they’ve cloaked themselves in the imagery of evil, potentially putting off those who might otherwise join their causes. 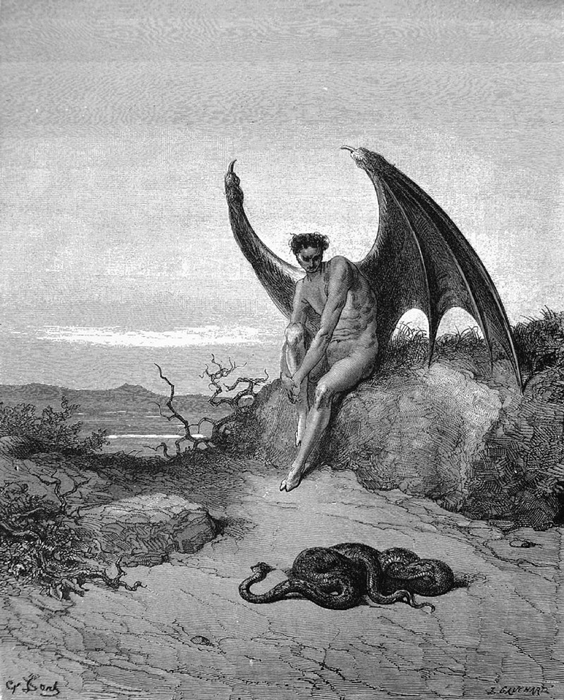 “Turning an enemy into Satan is useful”, Pagels adds. It suggests that “our opponents are not just people we disagree with — they're bad. You can't negotiate with them. You can't do anything with them, because they're essentially evil.”

Anna Merlan, 2018. ‘The Satanic Temple Is Engulfed in a Civil War Over a Decision to Hire an Attorney With a Stable of Alt-Right Clients’ Jezebel.com [Online] Available at: https://jezebel.com/the-satanic-temple-is-engulfed-in-a-civil-war-over-a-de-1828130997

Editor, 2018. ‘History of the Devil’. History.com [Online] Available at: https://www.history.com/topics/folklore/history-of-the-devil

Laura Geggel, 2016. ‘Where Did Satan Come From?’ LiveScience.com [Online] Available at: https://www.livescience.com/56341-where-did-satan-come-from.html

Lily Rothman, 2015. ‘The Evolution of Modern Satanism in the United States’. TIME.com [Online] Available at: http://time.com/3973573/satanism-american-history/