This is a guest contribution by Jaydeep Chakravartty a Gaming Evangelist working as a Commercial Director at Ingenuity Gaming. If you would like to submit a contribution please contact Bill Beatty for submission details. Thank you. 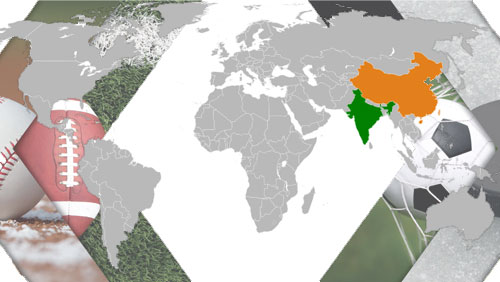 The current addiction in the online/virtual world in India, Daily Fantasy Cricket (sports) is a wonderful game, which fuels the mind, tests your knowledge of the game and the players, offers you an adrenaline rush and there’s the chance of getting fast gratification. However, if you are someone who hasn’t been exposed to this new breed of gaming, what are the things you need to know? In this article, I will guide you to how daily fantasy sports is conquering India.

Did you know that around 7 million individual in the country is listed at DFS players? And it is growing at 30% to 50% per year. USA and Canada estimated to have 41 million users that play fantasy sports. 3 million+ users play Fantasy Premier League in UK. By only looking at its fan following, it’s simple to judge that Fantasy Sorts have become a big phenomenon around the globe and it is only growing with technology and time. Thus, there’s no surprise saying that it has become one of the sought after game for those sports lovers in India.

How DFS Sites and Platforms Revolutionize for the Past Years

Fantasy sports in India is rising up massively over the past several years coinciding along with the boom of franchise sports, especially IPL (cricket), Indian Super League (Football), The Indian Badminton League and the Pro Kabaddi League. You will find several providers, which have launched their own fantasy sports platforms and in most cases, more or less imitated the offerings of its Western counterparts.

Further, in the past years, fantasy sports have become more profitable than ever before in countries like the United Kingdom and the United States. Forbes also stated that the NFL is the most sought-after sport in the US. The number of sports fans in India is clear from the growing television viewership, fan clubs, merchandising, advertisements and more, linked with the rise in fame of these sports in India.

Playing sports contests online, particularly cricket on a regular basis is the major real money gaming activity in India aside from playing poker and rummy online. This denotes that there’s a big demand for regular fantasy sports for money in the nation.

Here is the list of the best Daily Fantasy Sports in India:

If you’re looking for the best fantasy sports in India, Dream11 is the first choice. The growth of the company in a short period of time guarantees it reliability in a wide array of online sports. You will find several benefits while picking Dream11 for daily fantasy sports as it’s extremely dependable and 100% honest platform. At the same time, their money and wallet transfer systems work very well.

Dream11 is a Series B founded startup at the intersection of e-commerce, gaming, and sports. Young entrepreneur Harsh Jain established the company in the year 2012 with the goal to create fantasy sports as a part of each sports fan’s life.

Another company which has just been launched but showing impressive growth is Golden Jeeto. Golden Jeeto is the Flagship brand of Golden Technology, which is part of the Shree Jalaram Group. Golden Jeeto’s key differentiator is its customer service and unique promotions. They are making a presence in the already established Daily Fantasy Sports segment with a focus on customer first mindset and an innovative product.

Thus, India is and must continue to be a wonderful destination for fantasy sports operators to widen their operations. With the wide number of online users in India anticipated to touch 500 million in 2017, at the same, with as much as 400 million users who can access the internet via their smartphones, India would be an apparent destination and business option for those daily fantasy sports operators.

Jaydeep Chakravartty is Gaming Evangelist working as a Commercial Director at Ingenuity Gaming and been very enthusiastic about gaming industry in India, which is at its nascent stage. Jaydeep brings 14 years of Strategic Planning, Product Management and Digital Marketing experience with him, having worked with industry veterans like Ladbrokes Plc and 32Red Plc.